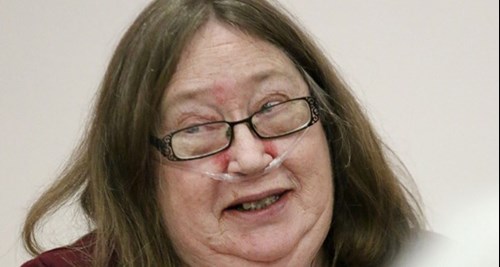 Tributes have been paid to an Eastlight volunteer resident who worked tirelessly to improve communities in Braintree and beyond.

Ann, who worked in social care and the civil service, was involved with the formation of Braintree and Witham Action Group in the late 1990s, alongside other volunteers, including Eastlight Community Homes resident Neil Coughlan, from Witham.

Neil is now a Board member with Eastlight, formed through the merge of Greenfields Community Housing with Colne Housing in July 2020.

He said: “She was passionate, very straight-talking and always wanted to see positive change.”

Together, the volunteers helped to bring about improvements to their communities, including placing a divider in the road at Bartram Avenue in Braintree so children could play safely.

Ann began volunteering for Greenfields in 2008. This included chairing Greenfields’ Braintree Area Forum, which funded a play area in Braintree, amongst many other enhancements and projects.

She also helped to form and volunteered for the Community Gateway Group, which shapes and influences services and ensures the Board knows residents’ views.

In addition, Ann helped to save Glebe Hall in Braintree from closure in 2010 and became a trustee on their committee soon after.

Councillor Tony Everard, Vice Chair, said: “During her time on the committee numerous improvements were made and the amount of people hiring the hall increased. We would like to send our sincere condolences to her family.”

“Ann was a ‘warrior’ in her passion for resident involvement. She was particularly keen to ensure that decisions affecting housing services should be influenced by residents’ views.

“She also felt that resident involvement should be accessible, including offering support for childcare, both daytime and evening opportunities to volunteer and using language that would not deter people from getting involved. She will be greatly missed.”