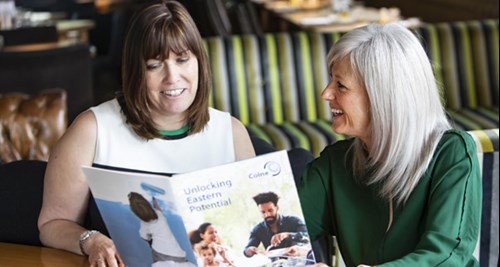 A trailblazing new housing association for the East of England has been formed following the merger of two Essex-based affordable homes providers.

Eastlight Community Homes' vision is for a bigger, better, bolder partnership approach to help solve the long term housing challenges and unlock potential for residents and communities in the East.

Eastlight will be the largest Community Gateway association in the UK, with a modern resident engagement and empowerment offer at its heart.

The organisation's new name was endorsed by residents.

Neil Coughlan, an Eastlight resident and Board member, was part of a group of residents involved in ensuring the merge benefited residents and communities.

“To me, Eastlight signifies how we will be a beacon for our way of working, shining a light on how residents having real influence on services delivers the right results. I’m so pleased to see how many resident shareholders share my enthusiasm for what Eastlight Community Homes will become.”

With a turnover of £68 million a year, Eastlight will be able to build up to 3,800 homes in Essex and Suffolk, up to 1,300 more than Colne and Greenfields planned separately. Its development partner is Iceni Homes.

Eastlight will invest £130 million in existing homes and support communities to thrive with £1.75 million for local improvements led by local people.

“I look forward to working alongside residents to develop the homes, services and communities they want and need.”

Colne and Greenfields residents have been involved in shaping the name and new logo and have welcomed the creation of Eastlight Community Homes.

The merger was confirmed to residents in April and further information was sent to Colne and Greenfields residents last week.